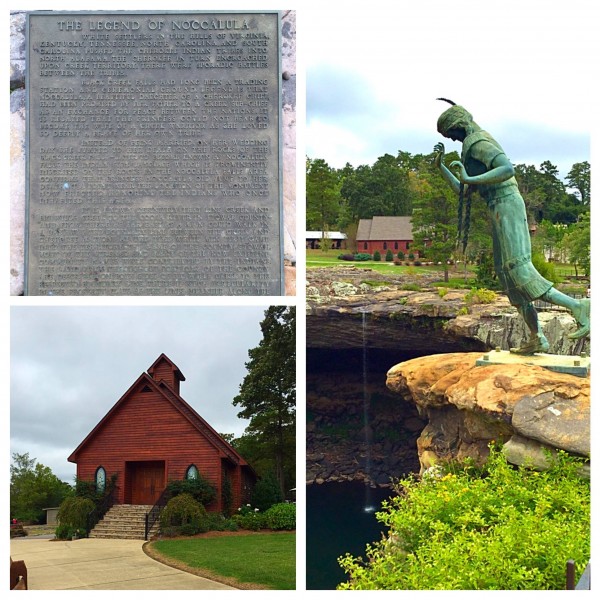 The falls at Noccalula Falls Park are named for a Cherokee Indian princess, who, legend has it, did not want to marry the dude her father chose for her, and “instead of being married on her wedding day, she jumped to her death on the rocks of the Black Creek Falls.”

Which must be why the city saw fit to construct a wedding chapel on the site in 2010. You can see it there behind the statue of Princess Noccalula, who is poised to leap. The chapel is described as “Perfect for smaller groups or those that wish to keep things low-key.”

Low key, like… maybe NOT HAVING THE BRIDE HURL HERSELF OFF THE FALLS?

Who would get married there? OMG.