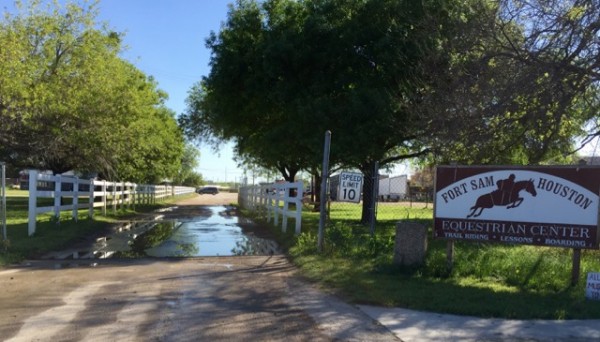 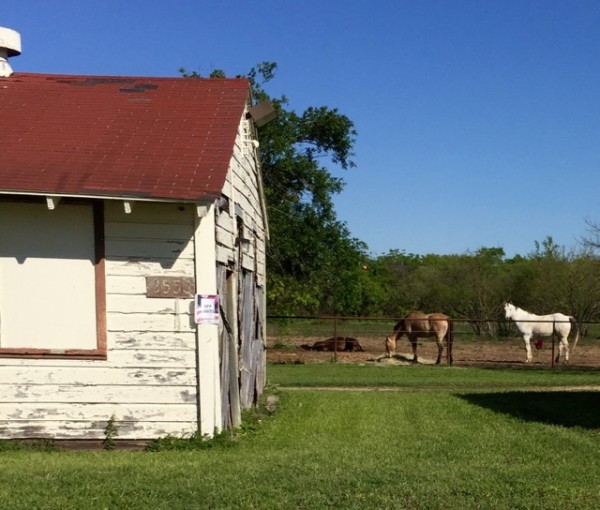 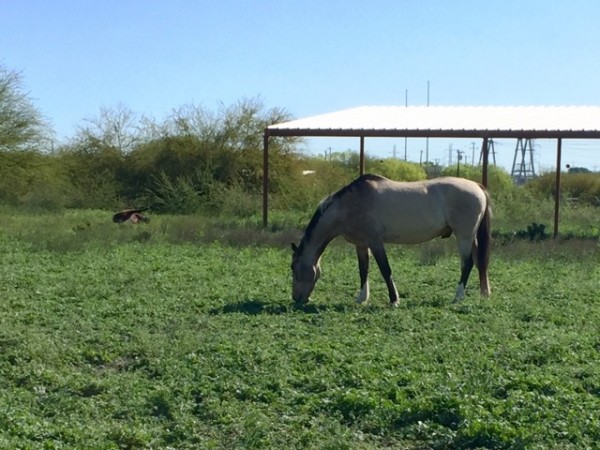 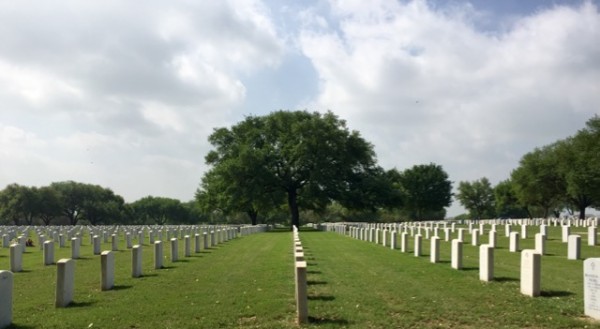 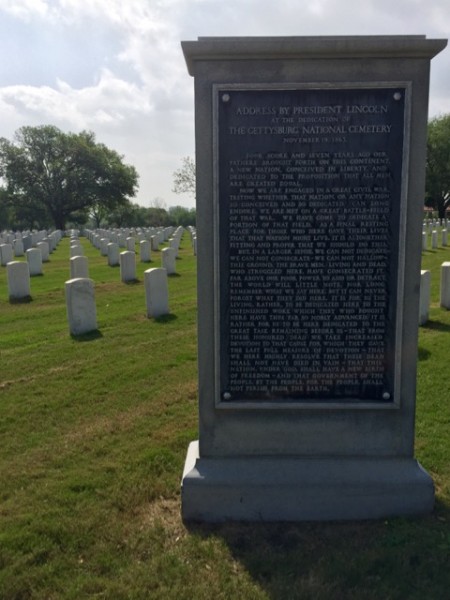 And here’s the view of the hospital from our site.

Looks like we could walk there — easily. But no. Thanks to fences, train tracks, and barbed wire, it ain’t happening. And because of random road blocks, base security, construction, and mystifying Army logic, we can’t even drive there the quick way.

Instead, the trip takes 9 different turns; exiting one gate and entering another (with the customary armed sentries, ID card check, and slalom course of barriers); and a total drive time of anywhere from 15 to 30 minutes, depending on whether or not we have to wait for troop formations to cross the street.

By comparison? When we lived in our house, I could get to BAMC in 30 minutes, from 22 miles away.

But let’s get back to those train tracks. They are active. Very active. Perhaps the most active train tracks on the planet, with locomotives passing by at least once every hour, day and night. And at night, they’re a bazillion times louder, and the sadistic engineers seem to enjoy pulling on the horn for nice, long, ear-shattering blasts. Every hour. All night. It’s really not conducive to sleep at all, much less a peaceful recovery from major surgery, even with regular doses of narcotic pain relievers.

And to top it all off, no wifi or cable. None.

Yyyyep. Three strikes and we’re out. We’d originally planned to stay for the 30-day maximum, but that has really become an unattractive — and probably unhealthy — option. If Tim gets the all-clear from the surgeon at his follow-up appointment on Monday, we’re moving out on Tuesday. Hell, I’ll take 0630 reveille at the Air Force base over this business any day. And every day, as it were.

On the positive side of this coin, Tim’s adrenalectomy was a success, and although he had a rough ride coming out of anesthesia, he was able to eat normally and walk around the next day, and had to spend only one overnight in the hospital.

And here at home in the Toad, Nurse Lola is on duty. And by “on duty,” I mean trying to beat me to Tim’s side every damn time, and sneaking into the bedroom when he’s supposed to be resting.