Skip to content
EmilyR The State We're In, Things we do November 7, 2016 2 Minutes

We timed our adventure well. The weather, sunny with a high of 61 degrees and a light breeze, was perfect. The scenery was spectacular, and changed in color and intensity as the sun shifted throughout the day, and — best of all — crowds were low.  We crossed paths with only about 75 other hikers and a couple dozen mules on this early November Sunday.

I was apprehensive about attempting a hike in which the up comes after the down, and rightfully so. It’s a tough way to end a hike! All the tips we read said to plan twice as much time to ascend as to descend, but at my slow and steady pace, I spent the same amount of time on each. 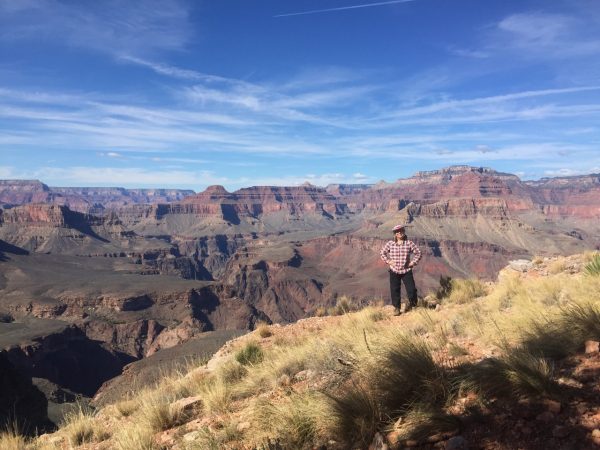 Glad I did it, but wow, once was enough for me. Tim, meanwhile, got the itch to add a rim-to-rim hike to his bucket list. Guess I’ll serve as the support chick when the time comes, and pick him up when he gets to the other side!

2 thoughts on “Grand Canyon hike: Check! And nobody fell in. Or got pushed.”