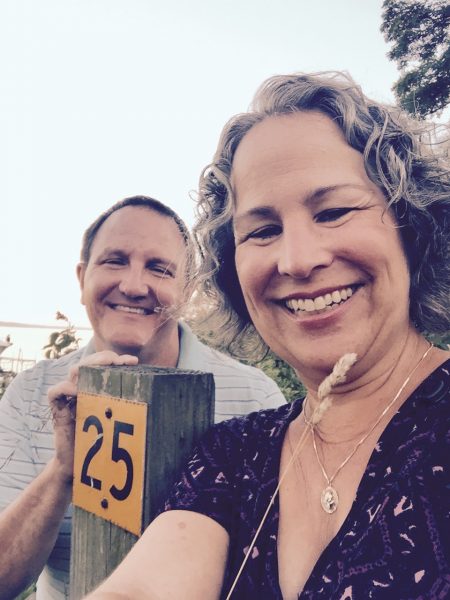 We recently celebrated our 25th wedding anniversary, and in the course of posting a lot about that on Facebook, we learned that many of our friends don’t know The Story of How We Met, and those who do are tactfully, generously and graciously allowing me to tell it myself.

In other words, they’re sitting back and waiting for me to write it. Finally.

We have recounted it out loud many, many times over the years. It makes people gasp, and sigh, and clasp their hands to their hearts while smiling kind of sappily.

It never gets old, and I have been urged repeatedly to write a book.

Y’all. I’m not writing a damn book about it. That’s what Nicholas Sparks is for.

But I’ve got a blog, so you get it here. Own Less, Sigh More.

So… Remember when people used to write letters? Like with a pen, on stationery with coordinating envelopes?

I’m one of those people.

And one of those letters, written on a whim, to put off opening a college text book and studying, ended up in the hands of the man who would eventually…

… hand it to the man who would become my husband.

I was 21, and a senior studying journalism at the University of Texas at Austin. Nobody in my immediate family was serving in the armed forces at the time, nor could I think of any relative who had served during my lifetime.

I had no clue.

But I wanted to do something to make a difference, so when the newspaper published addresses for folks like me to send morale-boosting mail and care packages to “Any Service Member” deployed as part of Operation Desert Shield, I knew I’d found my gig.

I was not looking for a date, a boyfriend, or a husband. It wasn’t a mail order bride thing, and Match.com and Tinder didn’t even exist. I was going to get my degree and launch a long, successful career in magazine publishing, dammit. I had priorities.

That said, apparently I give good letter.

My opening salvo, dated September 6, 1990, found its way to mail call onboard the USS GUAM, and was randomly given to a married officer in his 40’s.

That man — who may not even know about the chain of events that followed — encountered then 24-year-old Ensign Tim Rohrer in a passageway, handed him my letter, and joked, “Here. This chick’s too old for me. You should write to her.”

Tim let it sit on his desk for several days. He was already struggling to keep up with correspondence from his own family, a few friends, and a school teacher and her kindergarten class somewhere in the midwest. He was on a ship at sea in the Persian Gulf during a war buildup, and he seriously did not have that kind of time.

But I guess some sort of paperwork or other junior officer drudgery came up that he wanted to put off doing, so the man picked up his own pen and paper, and answered my letter.

We corresponded for 8 months, through Operations Desert Shield and Desert Storm, through the ship’s safe return to its home port of Norfolk, VA, in April of 1991, and through my graduation from UT in May.

I flew from Texas to Virginia to meet Tim in June. We spent a week together, learning that we were just as compatible in person as we’d been on paper.

A month later, he called to ask me to move in with him in Norfolk.

Ten minutes after that, the Air Force called to offer me my first real job, a civilian position in public affairs at Scott AFB — in Illinois.

But I couldn’t let the story end.

I chose the guy.

I told my parents I’d made a big decision. They gave me their car, helped me pack it with all my things, and watched me drive away.

They understood — because they had a romantic story at their beginning too. 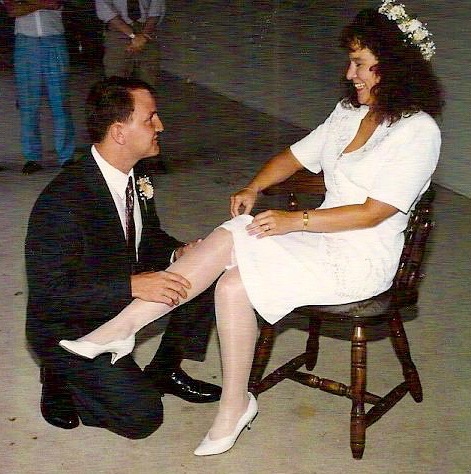 Our first son was born in Monterey, CA, in 1995, and is now working in Washington state. Our second son was born in Annapolis, MD, in 1997, and is now a student at UT-Austin. (And to the best of our knowledge, he is not sending letters to any sailors.)

Our story started with a letter.

And the wrong guy.

And a whole lot of random gone right.

And we’ll keep writing it. 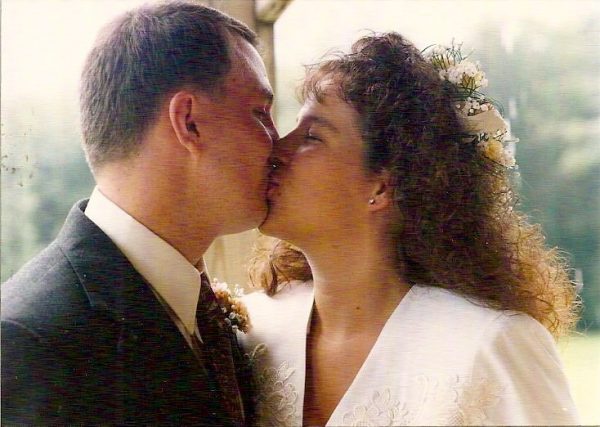 Like Loading...
I haven’t posted anything since what? Monday? Even on Facebook, I’ve been quiet.
Because life has been boring.
Dull.
Filled to bursting with ennui.
The stuff that’s broken on the RV has stayed broken, and the dog’s given me nothing. Nothing I tell you!
We did hire a new realtor to sell the house, so there’s that.
And yesterday, I watched 4 episodes of Gilmore Girls, and took the ugly valance off one of the bedroom windows to see if going naked was perhaps a better option.
It was not.
Some of us just can’t get away with that.
But bonus: putting the valance back on killed another 15 minutes.
Do we need to get rolling? Hell. Yeah.
But Thanksgiving is nigh, and Family is near, and Mom’s got the bird, and all three of those things are Highly Important and Valuable. So it’s over the bypass and through the subdivisions, to grandmother’s house we go!
On Black Friday, we avoid shopping centers and prep for departure. And on Saturday — a mere week from today, which I can handle — we roll.
It’s gonna be a loooong trip this time, both in distance and duration, but I’m saving the details for a future post. Because unless one of us falls off the roof of this thing while doing gutter repairs this weekend (don’t ask), I’ve otherwise got squat nothin’.
Instead, I leave you with this FB flashback to 2011, which still applies to any and all of our road trips.