My Valentine’s Day surprise was the joyous discovery that we’d finally caught the rat that had been vexing us for 3 weeks and nearly 1000 miles. That story appears below, with pictures, but not of the actual corpse. I have my standards.

My birthday surprise was even better, and also involved rodents I did not get pictures of. We saw lots of mongooses in their natural habitat — in Hawaii.

Here’s the summary of our 1st quarter travels, mapped with a little help from Google.

RV miles traveled this quarter: about 4230

I covered Pensacola and Palestine in my 4th quarter 2018 post, so I’ll start with…

Shreveport, LA, Jan. 15 – Feb. 11: After a frenetic 4 months in Texas, we needed a place to hide out and just be us, before our scheduled RV service appointments in Indiana. We didn’t want to be too cold. We didn’t want to go too far out of the way. And we didn’t want to be in Texas anymore. Barksdale AFB Famcamp for the win! We’d spent a couple of quick overnights there in years past, and knew our stay would be quiet, safe, convenient and economical.

Northern Indiana, Feb. 13-22: Service Appointment 1 was at MORryde in Elkhart, to have 4″ risers installed on the RV so that it would sit levelly while towing. Tim can give you the long, detailed explanation. I thought until we actually arrived that we were having something done to the truck, so I am really not a reliable source of information. Service Appointment 2 was at DRV in Howe, for our first round of warranty repairs on the new RV.

DC Area, Feb. 23 – March 3: Still cold. But worth it to witness the bat mitzvah of a dear friend’s daughter. Her mom and I have been friends since she was 13, so it was a full circle, full heart kind of milestone, and one I probably would have missed if Tim and I didn’t have the freedom to take our home with us wherever we want to go.

Marietta, GA, but really Hawaii, March 4-17: You’ve probably already seen one of my social media posts or read my full length blog post about it, plus the little blurb above, so I’ll spare you yet another recap. Except for a few seconds of this guy.

Lake Guntersville State Park, AL, March 17-25: My own Tim the Tech Guy has teamed up with a Savvy Woman With An Idea to create a new RV navigation platform, and together they attended workshops at the 3rd annual RV Entrepreneur Summit to get the proverbial ball rolling.

NAS Corpus Christi, March 26 – April 1: Some RVing friends were parked in the area, so we hung out with them, and also got to spend time with our younger son and his girlfriend, who drove down from Austin; and have lunch with my brother and his kids, who drove over from Port Aransas.

Right now: We’re back at Kerrville-Schriener Park, one of our favorite places to stay when we need to run around central Texas for a while. We’ll also spend time in San Antonio, where we’ve got family, friends, and Fiesta to enjoy, and a round of medical and dental appointments to endure. I turned 50, and you know what that means. I’ll also be checking in with all my breast cancer docs, and hoping for the 5-Year All-Clear.

Plus, we’ll be celebrating two family graduations, Mother’s Day, and lots of birthdays, and those will keep us here until the end of May.

We started full-timing in August of 2015, but I didn’t think to do an annual review until the end of 2016, and it was just a listing on Facebook of places we’d visited. After that, I started using a quarterly format. 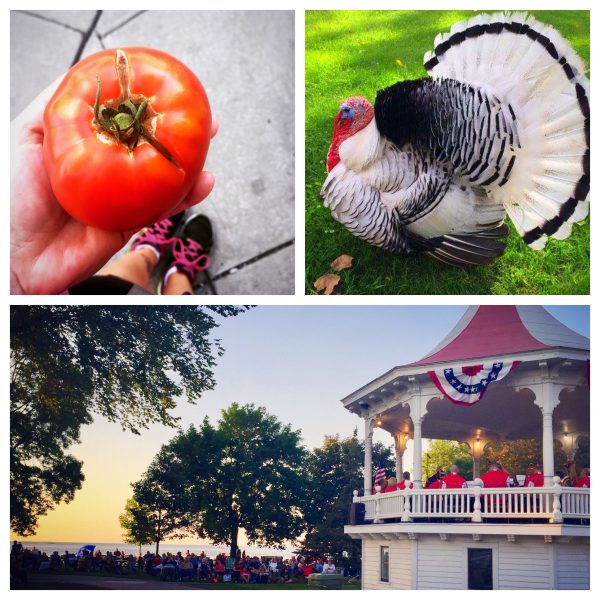